One of the fun things about twins is their ability to prank people, often unintentionally. When my daughters were freshmen, they switched places in line for school photos. Then they realized they could play a long game prank. 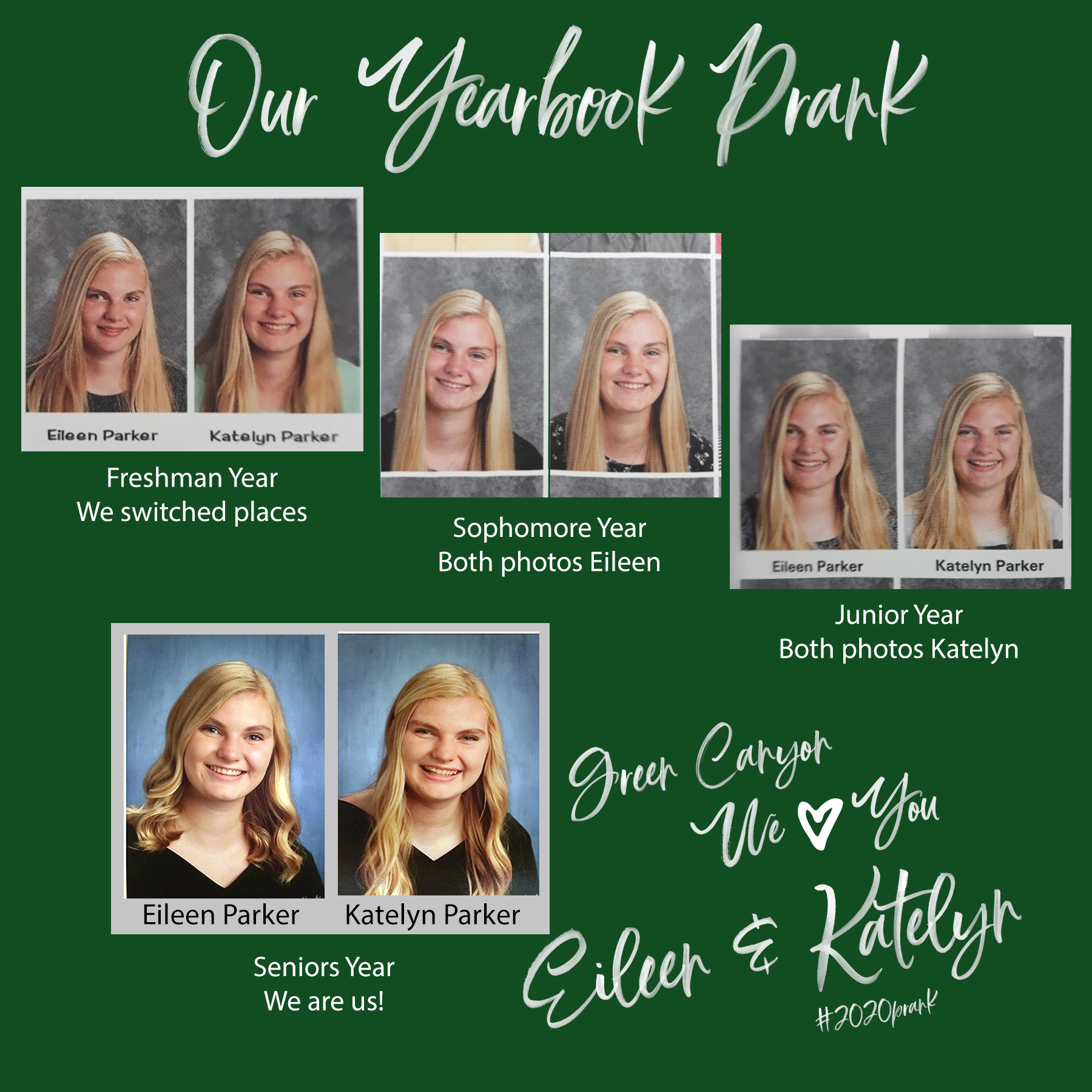 The following year they switched shirts, and Eileen took both photos. However, there was a minor glitch picking up their school IDs. Junior year Katelyn played the role of both twins. Senior year they took their own photos. We haven’t seen the finished yearbook yet, hopefully, someone doesn’t accidentally switch them.

Not only am I proud of their graduation, I love their creativity in this epic prank.